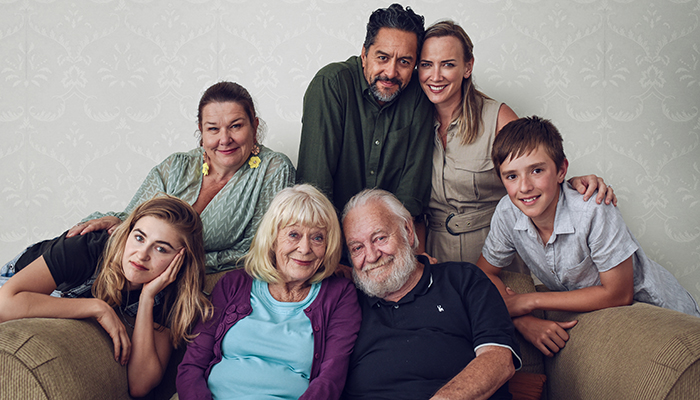 We are thrilled to share the news that The Pact – a KOHA Production for TVNZ, distributed internationally by DCD Rights – has taken home a well-deserved four prizes (and six nominations) at the 2022 New Zealand Television Awards that returned on the 24th of November.

The Pact received a nomination for On Air Best Drama and was nominated twice in the Best Script: Drama category, for both Episode 2 and Episode 5, with the script for Episode 2, written by Harry McNaughton and Natalie Medlock, ultimately taking home the top prize.

The fabulous cast stormed the acting awards with Irene Wood winning Best Actress for her starring role as Bettie Simpkins, the formidable seventy-something coming to terms with her advanced Alzheimer’s. The Best Actor award went to Ian Mune, who plays Bettie’s devoted husband Frank, and Best Supporting Actress was awarded to Timmie Cameron as their savagely funny granddaughter Alice.

We are delighted by the news of these awards and would like to congratulate not only Harry and Natalie, Irene, Ian and Timmie but the whole talented team involved in the production of The Pact for their amazing achievements.