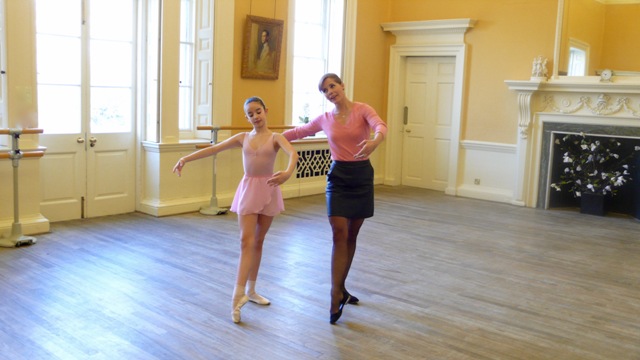 Produced for BBC One, My Baby Psychosis And Me, revealing the untold story of what it means to battle the terrifying condition of Postpartum Psychosis, has been secured by broadcasters around Europe including TVN (Poland), Discovery Networks (Denmark), Sveriges Utbildningsradio AB (Sweden), NRK (Norway) and Yes (Israel), as well as non-theatric rights to FMG for North America.

Available for the first time at MIPCOM is Darcey Bussell: Looking For Margot (1 x 60’).  Margot Fonteyn has inspired generations of ballerinas. She was beautiful, brilliant, talented and never put a foot wrong on stage. Her late flowering partnering with a much younger man, Rudolf Nureyev, created the most dazzling ballet partnership in history.  And yet, as Darcey discovers as she goes behind the scenes at the Royal Opera House and the Royal Ballet, and travels from London to New York and Panama looking for Margot, her colourful personal life was often chaotic and marked by tragedy. But, in the end, Darcey learns that by following her heart, Margot found a kind of happiness; though it came at a high price.

Nicky Davies Williams, CEO at DCD Rights, commented, “We’re very pleased to work with the team at Matchlight. Their wide-ranging line-up of intriguing factual specials have strong appeal with multiple platforms around the world as these sales across all forms of television indicate. We’re looking forward to launching further brand new titles at MIPCOM.”

David Smith, MD at Matchlight, adds, “Nicky and the team at DCD Rights continue to secure an impressive roster of international sales for our diverse range of factual specials. New special Darcey Bussell: Looking For Margot presents a fascinating, fresh insight on the life and career of one of the world’s greatest dancers, told from Darcey’s expert and passionate perspective, and we’re confident it will hold great appeal for global audiences.”