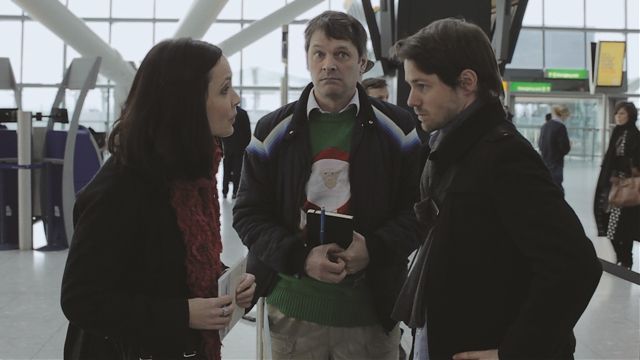 DCD Rights is pleased to announce that Globosat, Brazil has acquired rights for The Slap, the award winning series produced by Matchbox Pictures for ABC1. This deal is the latest of long series of high profile sales including to BBC in the UK, DIRECTV in the US, Sundance Channel Global for Asia, Eastern Europe, Greece, Turkey, Spain and Portugal, SVT Sweden, NRK Norway, YLE Finland and TVO Canada.

Rake 2 (8×60’, Essential Media Entertainment for ABC Australia) is the second season of the critically acclaimed series starred by Richard Roxburgh (Moulin Rouge, Mission Impossible II) in the role of criminal defence barrister Cleaver Greene. It will feature Toni Collette (United States of Tara, Little Miss Sunshine, The Sixth Sense) and other guest stars to be announced shortly. The first series of Rake achieved excellent ratings and received numerous accolades including Best Television Drama at the SPAA Independent Producer Awards 2011, Most Outstanding Actor at The Logies 2011 and FIPA d’Or 2011 for Best Actor for Richard Roxburgh.

DCD Rights also unveils a brand new drama series A Moody Christmas which it will launch to international buyers at MIP TV:

A Moody Christmas (6 x 30’ / HD / DVD, Jungleboys for ABC1) is a new 6 part narrative comedy series focused on the lovable, yet seasonally dysfunctional Moody family. With each episode set around Christmas Day, we visit the Moody household once a year at Christmas time as they come together to share this festive season. But while most families bask in the warm glow of Christmas spirit, the Moody’s seemingly disintegrate, cracking under the pressure of forced civility and their very unique brand of domestic politics.

Written by Trent O’Donnell and Phil Lloyd (Best Comedy AFI in 2009 and 2010 for their series Review with Myles Barlow) and a star cast to be announced shortly, This Christmas is expected to premiere in 2012 on ABC Australia.

Nicky David Williams, CEO, DCD Rights, said: “DCD Rights has become a partner of choice when it comes to top quality Australian drama and we are thrilled to add Jungleboys to our stable of quality content producers with a new original and unique drama concept. We have had a very exciting 12 months with the success of The Slap the first series of Rake and look forward to delighting our buyers with this new promising tile from down under”.