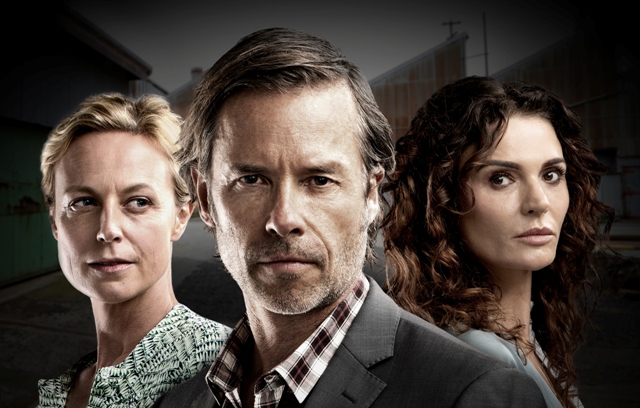 The team at DCD Rights are delighted to return to Miptv with our latest releases across drama, entertainment, factual and music.

Popular drama Rake returns for a fifth series with newly appointed Senator Cleaver Greene weaving a tangled web, as chaos surrounds his life and the lives of those around him. Unfolding a more intricate web of lies, Jack Irish investigates the death of his courier who was supposed to deliver a package, but instead leads Jack down a longer, deadlier path.

21st Century Killer forensically researches the lives of the killers who can’t stop killing and reveals the behaviour at the beginning of a serial killer’s murderous journey.

Hoping to strike gold, the Aussie Gold Hunters are back on the entertainment front and on the hunt for a bigger payday, whilst the lost souls of Dog Tales Rescue are in search of their forever homes.

Five new celebrity couples swap their homes to come together under one roof to fix their broken relationships in Marriage Boot Camp: Reality Stars and in a series twist, trades couples for kin in Marriage Boot Camp: Reality Stars Family Edition. From conflicting couples to temper tantrums, child psychologist Laverne Antrobus takes on some of the most violent and difficult children in Violent Child, Desperate Parents.

Our planets most extreme weather is investigated in World’s Wildest Weather: Caught On Camera and holidays, trains, boats and planes in our …From Hell series, shows the extraordinary moments that happen to people when they travel.

From catastrophic crashes to a mountain rescue mission gone wrong, first-hand accounts and footage captured by passengers on board combine to tell the story of Extreme Planes. Also filmed from their perspective, an incredible team of fire fighters are putting themselves in danger to save lives, as they are Facing The Fire.

In the world of discovery, Dr Bendor Grosvenor and Emma Dabiri are back for a third series of The Art Detectives, tracking down more lost and hidden public treasures. We uncover the real Secrets Of The Masons and Paul Murton begins his quest to discover the mystery of a forgotten prince in Henry IX: The Lost King.

We journey through Europe in an old Italian van, as Jez and Ieuan enter the World Pizza Championships in Pizza In Parma and join James Martin’s American Adventure, travelling around in supercars and Harley Davidson bikes on the next leg of the celebrity chef’s food-filled road trip.

We welcome back Sam Jones as he interviews a new host of celebrities, delving into the lives of some of Hollywood’s hottest talent in Off Camera and The Great Songwriters return for a second series to discuss their work and passion, in their own words.

New additions to our music catalogue include nine new titles from the Rock Fuel Catalogue, showcasing a range of influential music artists, from rock to soul.

As you can see from the size and content of our latest releases, 2018 proves to be an exciting and successful start to the year.