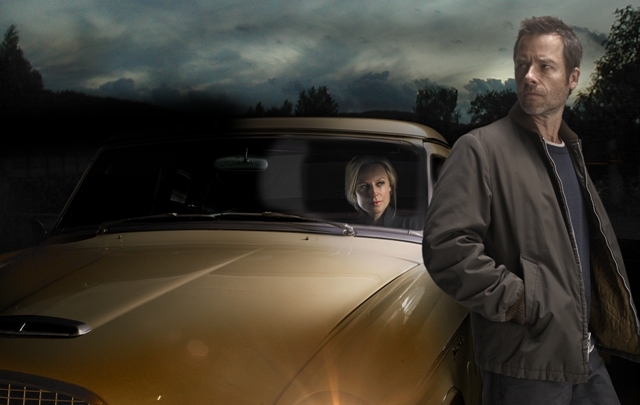 Independent UK based distributor DCD Rights has secured a significant presale for primetime drama Jack Irish, as FOX in the UK picks up the new 6 x 60’ series produced by Australia’s Essential Media & Entertainment. The deal comes ahead of DCD Rights’ launch of Jack Irish at MIPCOM 2015, where it will showcase as part of a portfolio of new drama alongside Screentime’s Janet King and the second season of multi award-winning The Code.

Starring Primetime Emmy award winner Guy Pearce (Mildred Pierce, Memento, Prometheus) as the former criminal lawyer turned investigator, the new six-part Jack Irish series is currently in production by Essential for Australia’s ABC. The series will premiere in Australia later this year and, following the deal with DCD Rights, FOX in the UK will screen Jack Irish in 2016.

Toby Etheridge, Head of Programming and Scheduling, FOX UK, commented, “We’re thrilled to be premiering Jack Irish dramas first on FOX in the UK.  Compelling, entertaining and intelligent, we’re massive fans of the books and TV movies and can’t wait to see what’s in store for Jack in the new series”.

In addition, DCD Rights will launch the brand new eight-part series of Screentime Production’s Janet King, also produced for ABC, at MIPCOM. Following the hugely successful first series, which ranked second in its timeslot across all networks in Australia, Janet King sees Marta Dusseldorp (Jack Irish, A Place to Call Home) reprise her role as the eponymous crown prosecutor.

Playmaker’s hit political thriller The Code also returns for a second 6 x 60’ season, with Golden Globe winner Anthony LaPaglia (Without a Trace) and Sigrid Thornton (Little Oberon) joining a stellar cast. Telling the story of two brothers who unearth information that those at the highest levels of political power will kill to keep secret, The Code explores the rapidly spreading and very real threat of cybercrime and its capacity to bring an entire country to its knees.

Nicky Davies Williams, CEO at DCD Rights, commented, “We’re very pleased to launch these fantastic new series to the international market this October. With outstanding performances from globally renowned talent, alongside thrilling, contemporary storylines, these dramas represent the finest programming to originate from Australia in recent years and offer the high quality production values and proven success that our international broadcasters are looking for. Australia is now firmly established as a strong source for globally-appealing primetime drama and, as evidenced by this early deal in the UK, we’re expecting these much-anticipated new series to prove hugely popular.”

Based on the books by Peter Temple and also starring Marta Dusseldorp (Janet King, A Place to Call Home), the new six-part Jack Irish series follows the broadcast of three hugely successful telemovies, also produced by Essential Media for ABC. A former criminal lawyer whose world imploded, Jack now spends his days as a part-time investigator, debt collector, apprentice cabinet maker, punter and sometime lover. An expert in finding those who don’t want to be found – dead or alive – Jack helps out his mates while avoiding the past. His world revolves around the racetrack, the local pub and the artisan woodwork shop where he’s apprenticed himself to a master craftsman. But it’s Jack’s investigative work, often small jobs that snowball into larger, deadlier ones, that set him on a path which he doggedly pursues. From bent cops to underground thugs, political leaders to investigative journalists, everyone seems to want a piece of Jack Irish.

Seconded from a case of psychological abuse in the armed services to head up a Royal Commission into gun crime, the new series of Janet King sees the crown prosecutor trading the rarefied atmosphere of mahogany courtrooms, wigs and gowns for plain clothes and a community hall. There she and her team focus on the murder of twenty-five year old Hani Akvan, navigating the twists and turns of a complex case that leads them back to where the series began, the Army, and a crime of passion and mistaken identities that will see Janet’s own life under threat.  DCD Rights will also showcase the first series of Janet King at MIPCOM 2015, with a total of 16 x 60’ episodes available.

Hoping to escape the storm they unleashed at the end of The Code’s first season, bruised, but essentially scot-free – Jesse (Ashley Zukerman) and Ned (Dan Spielman) are confronted with the terrifying possibility of being extradited to the US to face serious charges in an American court. Fortunately, Australian National Security is sitting on an explosive case they can’t crack and Jesse Banks might be the man to do it… Exchanging his hacker skills for their freedom, Jesse and Ned are drawn into a dark world that could not only cost their own lives but all that they hold dear. A Playmaker Production for ABC TV, The Code was developed through the Scribe Initiative and is produced with the assistance of Screen Australia, Screen NSW, Screen Queensland, the ACT Government and Screen ACT.