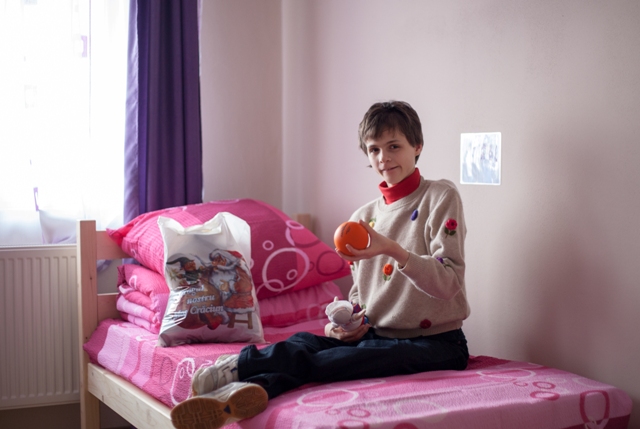 Popkorn Television, established in 2009 by award-winning film maker Rory Wheeler and film editor Colin Moxon, has developed a roster of highly successful factual series and specials for major broadcasters. Following this new distribution agreement, DCD Rights will showcase five Popkorn titles at MIPTV including new single documentaries The Lost Orphan: A Home for Mirela (HD, 1 x 60’), which premiered on the UK’s Channel 5 earlier this month, and My Violent Child (w/t, HD, 1 x 60’), which is currently in production.  Also included in the deal are London: The Inside Story (6 x 60’), Motorway Madness (HD, 1 x 60’) and The Lost Orphan: Mirela’s Story (1 x 60’).  All titles are produced by Popkorn Television for the UK’s Channel 5.

Nicky Davies Williams, CEO at DCD Rights, said, “We’re delighted to announce this new agreement with Popkorn for the distribution of these factual titles globally.  Rory and Colin have been very successful in building a highly experienced and dedicated team at Popkorn, which is reflected in the thought-provoking and entertaining titles they produce. There is strong demand in the international marketplace for intelligent and high-quality documentaries for primetime schedules and we’re looking forward to showcasing this exciting slate of titles at MIPTV in April.”

Rory Wheeler, Managing Director at Popkorn Television, added, “We’re very pleased to team with DCD Rights in this new agreement, which will see these engaging titles presented to international audiences for the first time. DCD were our clear first choice for a distribution partner, we were very impressed by their individual approach to each and every programme, and their knowledge of the global industry will be invaluable in ensuring these titles reach their potential worldwide.”

Twelve years after working in a Romanian Orphanage during her university summer holidays, television presenter Natalie Pinkham returned to the country to find out what happened to Mirela, the 3-year-old girl she formed a special bond with, in The Lost Orphan: Mirela’s Story.  The Lost Orphan: A Home for Mirela is the dramatic and emotional follow-up, as Natalie returns to Romania again to take on the ambitious challenge of raising £200,000 to build a new home for Mirela and her siblings.

With more than 12,000 parents calling Parent-Line last year to report violent children landing blows, bites and punches when they don’t get their own way, the new documentary special My Violent Child (w/t) takes a moving look at the increasing phenomenon of parental abuse through three families’ extraordinary stories.

London: The Inside Story is a groundbreaking 6 x 60’ series going behind the scenes to reveal the dramatic and often amusing stories of the people and jobs that keep London’s beating heart pumping, from rat catchers and road inspectors to landscape gardeners and the Lord Mayor. Motorway Madness, narrated by Alexei Sayle, tells the story of the UK’s newest motorway service station, offering a touching portrait of its workers as well as the eclectic and eccentric customers who pass through its doors.