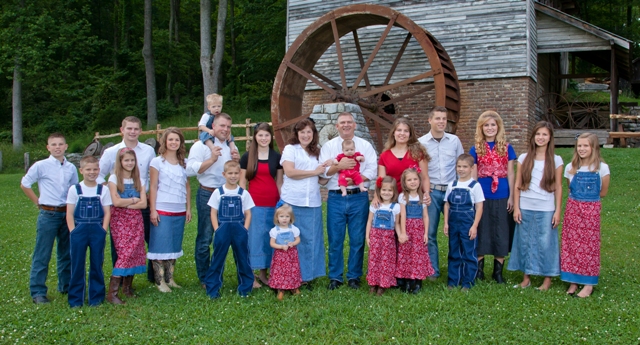 Distributor DCD Rights has sold its latest key factual series including I Found The Gown and Parole Diaries internationally, and unveiled its slate of new factual programming ahead of MIP TV.

I Found the Gown, TLC’s 26 x30’ successful bride-themed series acquired by DCD Rights in January through its new investment fund was sold to Foxtel Australia. The series received significant ratings in the US, with further series commissions expected to make it a strong ongoing brand. Made by Half Yard Productions, producers of the international hit franchise “Say Yes to the Dress”, it follows the emotional journey of brides as they shop for their dream dresses at dream prices.

New for MIP TV are top rated TLC series United Bates Of America (1×60’/8×30’/TLC) which has been pre-sold to Foxtel Australia. Starring Gil & Kelly Jo Bates and their large brood of 19 children, ranging from 6 months to 23 years old, each episode explores a new adventure with the Bates family as they manage everyday life in the hills of Tennessee and the inevitable chaos that ensues with 10 girls and 9 boys running around under one roof.

New documentary Animism (1×60’/1×90’ / Reel to Reel Productions for Shaw Media, Canada) radically challenges our outlook on love, telling the candid and courageous love stories of individuals who prefer objects rather than people. An increasing number of us are finding true, emotional and sexual love with objects. This emerging sexual orientation, Objectum-Sexuality (OS), is explored through five characters who openly declare their love for cars and trains, even the Eiffel Tower, not as fetishes, but as loving life partners. The film is due to air in Canada and the US in autumn 2013.

Bitten: Sarah Graham Cooks Cape Town (13 x 30’ Okuhle Media for SABC, South Africa) is a fun, funky cookery show hosted by South African food writer, cookbook author and self confessed ‘regular person’ Sarah Graham. The series is about creating unintimidating dishes and about the people who make them. Sarah is not a professional chef but has built her life around a passion for good friends and good food. Now, she invites viewers to share in her world, from her kitchen to her favourite restaurants to the homes of the people she loves.

Snow Leopards Of Leafy London (7×30’ Artists in Motion for Animal Planet) – The Cat Survival Trust near London has the largest collection of snow leopards outside of Asia and with numbers seriously threatened in the wild something remarkable and very surreal is being done to safeguard their future. Presented from behind the camera by wildlife film-maker Adrian Cale, this ob-doc series captures never-seen-before footage via the lives of newborn snow leopard cubs and their extraordinary relationship with Dr Terry Moore.