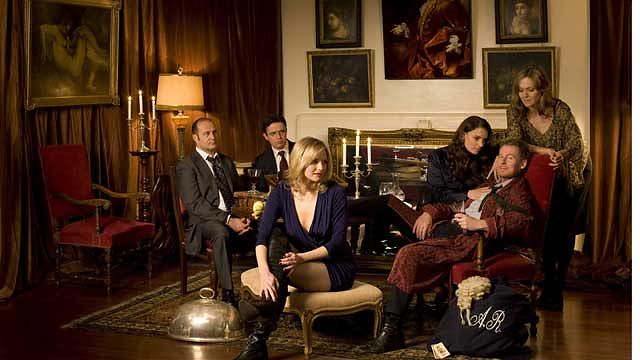 In the lead-up to their attendance at NATPE in Miami (stand number 503), international distributor DCD Rights announces a clutch of sales for its latest drama and factual releases to broadcasters across Europe, America, Australia and Asia:

Land Girls 2 (5×45’ & 2×100’/HD/BBC Productions), has been picked up by Sundance Channel Global (France, Benelux, Canada, Asia and Eastern Europe), ABC Australia, Danmarks Radio (Denmark), Globosat Brazil, and YLE Finland plus DVD deals with ABC Commercial Australia, BFS for North America and Acorn in the UK – the second series of the award-winning period drama in due to premiere on BBC1 this winter. Land Girls follows the lives and loves of four girls away during WWII, working for Britain in the Women’s Land Army. Land Girls 1 enjoyed ratings success and critical acclaim in 2009, a success echoed by worldwide sales.

The Bionic Vet (6×30’ /Wild Productions) has been licensed to Smithsonian Channel US, Foxtel Australia, TVNZ New Zealand, Danmarks Radio (Denmark), Yes DBS Israel and BBC Worldwide to air on BBC Knowledge in the Nordic region, Asia, Poland and Africa. The acclaimed documentary series follows the work of ‘bionic vet’ Noel Fitzpatrick who is pioneering revolutionary surgical techniques to save animals, including the now famous cat ‘Oscar’, whose new prosthetic paws have made him a worldwide internet sensation.

Nicky Davies Williams, CEO, DCD Rights: “We are delighted with the response we have received to these fantastic shows in both the drama and factual genre and we expect more sales to be finalised at NATPE.”