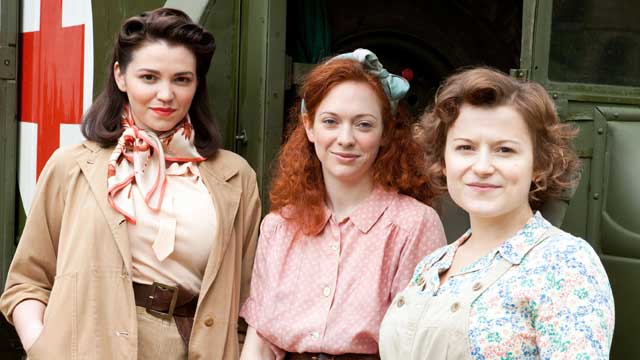 Season 3 (5x 45’) aired in November 2011 on BBC One delivering again high ratings, as it continued to follow the lives and loves of four girls away from home, doing their bit for Britain in the Women’s Land Army during World War II.

Set on the Hoxley estate and in the village of Helmstead, against the backdrop of war weary 1940’s Britain, the drama is based at the run down Pasture Farm and the opulent Hoxley Manor, which is taken over as a hospital when the local military hospital is bombed.

The returning cast for the third series include Sophie Ward as Lady Hoxley, Mark Benton as Farmer Finch, Susan Cookson and Mykola Allen as Esther and her son Martin, Nicholas Shaw as John Fisher, David Schofield as Vernon Storey and Carolyn Pickles as Mrs Gulliver.

Nicky Davies Williams, CEO DCD Rights, said: “We are delighted to see the sales of Land Girls increase and expand in new territories. This vibrant drama celebrates the unsung heroes from the Second World War, a universal theme that appeals to audiences around the world.”

DCD Rights proudly represents a high profile range of new popular drama series including notably the BBC produced Just William which has just won a BAFTA for Best Children’s Drama, The Slap and The Straits, produced by Matchbox Pictures.