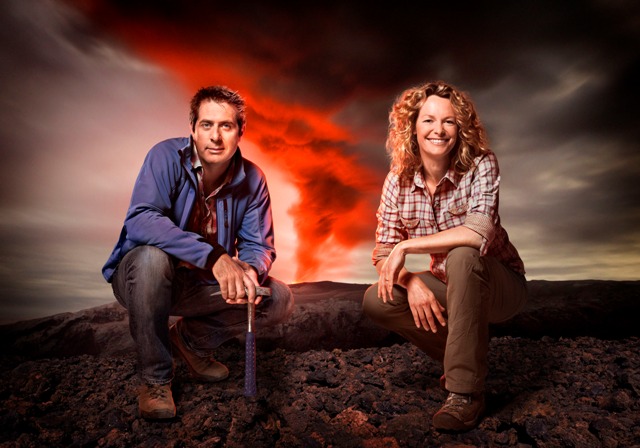 Leading UK independent distributor DCD Rights has won the tender to represent the prestigious Open University programming catalogue on the world stage. The significant deal will boost DCD Rights’ extensive portfolio with more than 188 hours of BBC-produced, high calibre and entertaining factual content as well as a further 40 hours of new programming over a two year period.

Many Open University programmes are primetime ratings winners, including two series of Coast, the award-winning BBC Two series which celebrates Britain’s dramatic coastline, and Bang Goes The Theory, a magazine-style series which makes sense of the science behind headline discoveries, currently successfully airing on BBC One in primetime.

Brand new Open University shows which will be launched at MIPTV by DCD Rights next month include, Mark Miodownick’s Everyday Miracles (2 x 60′ in HD),  which reveals the amazing stories behind everyday objects of desire – and how they are miraculously transformed from raw materials into the very stuff of the modern world.   In Escape From The Boardroom (5 x 45’ in HD) CEOs are given a corporate workout with a series of challenges that gets them out of the boardroom to explore their organisation, staff, customers and the competition.

Cold War Hot Jets (2 x 60’ in HD) is an in-depth look at the jet engine, one of the most important inventions of the twentieth century. A triumph of engineering born out of conflict; it has accelerated life and revolutionised the world.  Volcano Live (4 x 60′ in HD) reveals the awesome power of volcanoes in some of the most geologically dynamic places on Earth.  The UK’s Kate Humble and Professor Iain Stewart present a four day journey into our extraordinary and dynamic planet, live from Kilauea on Hawaii, the world’s most active volcano.

Dr. Caroline Ogilvie, Head of Broadcast, The Open University, said, “We are extremely pleased to have appointed DCD Rights, an independent distributor with a long and strong track record, to represent us.  We are justifiably very proud of our programming and are sure that DCD Rights will give it the hands-on attention it deserves; enabling even more viewers around the world to benefit from both its educational content and its entertainment value.”

Nicky Davies Williams, CEO, DCD Rights, added, “We are delighted to be partnering with The Open University and to have the opportunity to offer this first class catalogue of programming to our clients.  This high quality portfolio features the best in intelligent and thought-provoking factual content covering a wide range of subjects which have universal relevance and appeal, and will be of interest to many international broadcasters.”