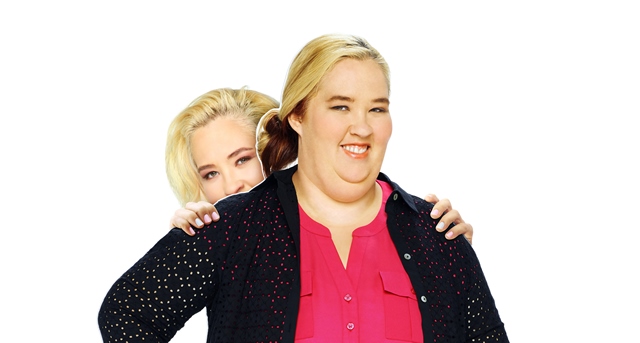 Independent UK based distributor DCD Rights has secured international distribution rights for America’s number one new reality show Mama June: From Not To Hot, as part of a deal including almost 30 hours of brand new reality content commissioned by AMC Networks’ channel WE tv in the US. Also featured in the agreement is the latest series of Marriage Bootcamp: Reality Stars and the much-anticipated reboot of iconic reality show Bridezillas. DCD Rights will manage worldwide sales, excluding US, for all three series.

Produced by ThinkFactory Media, Mama June: From Not To Hot (8 x 60’ and 1 x 30’) sees the return of Mama June, the matriarch from Here Comes Honey Boo Boo, as she battles herself, her family and her haters to become the woman she’s always wanted to be. Through major weight loss surgery, dramatic family confrontations and a series of disastrous dates, the series follows June as she attempts to defy the odds and get her life back in a big way.  Making its debut on WE tv in the US earlier this year, Mama June: From Not To Hot was a smash hit ratings success for WE tv, and the channel has already commissioned a second season which DCD Rights will be pre selling at MIPCOM.

DCD Rights is also preparing to showcase the eagerly awaited latest season of Bridezillas this fall. This follows the recent announcement by WE tv of a new reboot of the long-running hit show, one of reality TV’s first franchises, which returns in 2018 with ten new episodes. Bridezillas, a cultural phenomenon which launched spinoff series Marriage Boot Camp, famously spotlights so-called ‘normal’ women who have been turned into hilariously unhinged ‘Bridezillas’ by their upcoming nuptials. This new series now sees more than 200 episodes of Bridezillas available.

Theresa Patiri, SVP, Production & Business Affairs at WE tv, commented, “Whether it’s Mama June’s amazing transformation, our favourite reality stars revealing all the ups and downs of their marriages, or the brides who are pushed to the edge in search of the ‘perfect’ wedding – these new titles deliver unmissable entertainment for a wide audience. The DCD Rights team has already achieved great success with Marriage Boot Camp and Bridezillas, and I’m delighted to partner with them again as they bring these new series to a worldwide audience.”