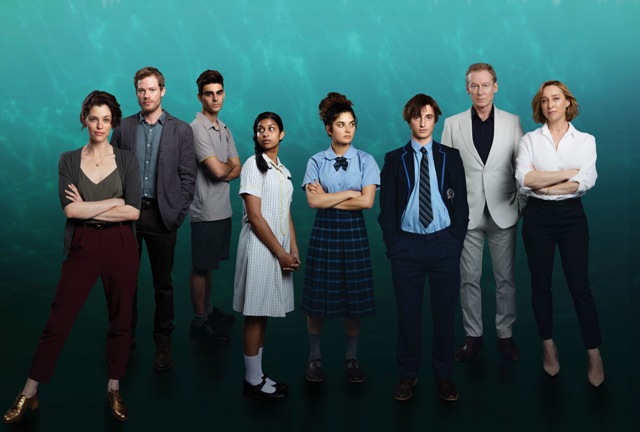 The team at DCD Rights are thrilled to return to Miptv with a catalogue of brand new programming across drama, entertainment, factual and music.

The growing world of modern technology leads to unbearable consequences in our new topical drama The Hunting, as we follow the lives of four teenagers, their teachers and families throughout the build up, revelation and aftermath of a nude teen scandal.

Our strong slate of investigative factual programming includes another gripping series of Nurses Who Kill which examines the real-life carers who plotted to kill, and renowned criminologist Professor David Wilson explores the impact of real-life crime on culture in Crime Files With David Wilson. We take a deeper look into the tunnels and towers of the Secret Nazi Bases, revealing the remnants of the Nazi’s schemes and open up The Black Files to uncover the details behind clandestine operations of the recent past.

From the shadowy world of secrets to the open fields, the ‘chopper doctor’ flying teams are making medical history in a second series of Emergency Helicopter Medics. We switch the skies for the shores of Lake Nasser, as Professor Bettany Hughes takes us on a beautiful, bespoke journey to countdown Top Ten Treasures Of Egypt and we join The Art Detectives, Bendor Grosvenor and Emma Dabiri, as they make a return to search for the true identities behind some of the most exciting, lost masterpieces.

Secrets are revealed in Marriage Boot Camp: Reality Stars, as the relationships of the biggest names in Hip Hop are put to the test and Bridezillas is back with a vengeance as the most over-the-top, crazy brides wreak wedding hell with epic meltdowns and family feuds. From boot camp to fit camp, Mama June has gained back the weight and the pressure is on to keep it off in the return of Mama June: From Not To Hot.

Our ever-growing music catalogue now features two further series of Berlin Live, showcasing a new host of talented musicians, as they perform in front of an intimate audience at an exotic club in Berlin.

After a successful start to the year, we hope you enjoy the latest additions to our expanding catalogue and our sales team are on hand to fill your schedules for 2019.