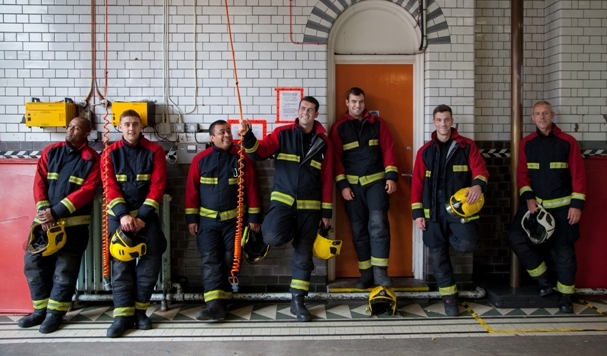 Independent UK based distributor DCD Rights’ diverse factual and factual entertainment portfolio is proving a hit around the world with new deals signed for Facing The Fire and the third season of Aussie Gold Hunters, as well as the brand new seasons of Bridezillas, Marriage Boot Camp: Reality Stars, and Mama June: From Not To Hot.

Produced by IMG for UK TV and making its international debut at MIPTV, brand new immersive observational series Facing The Fire has already been secured in a key presale with Discovery for German-speaking Europe. The gripping 18 x 60’ series follows an incredible team of firefighters, using ground-breaking fireproof helmet and body cameras to reveal, from their perspective, the bravery, skill and compassion it takes to be part of England’s biggest and busiest fire services.

The upcoming third season of Electric Pictures’ hit reality series Aussie Gold Hunters, following the tough yet charismatic gold prospectors of the legendary Western Australian Goldfields, has already been renewed at presale by international media company Viasat World for all of its key markets including Russia, CIS, CEE and Nordics. The series will air on its flagship channel Viasat Explore later this year. Aussie Gold Hunters is produced for Discovery APAC.

Following its deal last year to distribute 30 hours of brand new reality content commissioned by AMC Networks’ channel WE tv in the US, DCD Rights has signed a series of deals with Discovery for America’s number one reality show Mama June: From Not To Hot (ThinkFactory Media).  Both series one and two, which follow the matriarch from Here Comes Honey Boo Boo as she battles herself, her family and her haters to become the woman she’s always wanted to be, have been secured by Discovery for the UK, Ireland, Benelux, Middle East, Africa, Australia, New Zealand and New Caledonia territories.  Season one has also been acquired by Discovery for Italy and Latin America, as well as by Telewizja Polsat Poland.

The much-anticipated reboot of iconic reality show Bridezillas – the eleventh season of one of reality TV’s first franchises – has been secured by Nine Network Australia and Medialaan Belgium, while the UK’s ITV has signed season eight (Family Edition) of Marriage Boot Camp: Reality Stars (11 x 60’, ThinkFactory Media for WE tv) for its digital channel ITVBe.

Nicky Davies Williams, CEO at DCD Rights, commented, “With competition for viewers greater than ever before, we’re finding that broadcasters are now always looking for programming that can really define their channel’s style and offering. Whether this is through the innovative and remarkable immersive filming methods as seen in Facing The Fire or the headline-grabbing stars featuring in Mama June and Marriage Boot Camp, the demand for stand-out factual and factual entertainment content continues to be very high around the world.”