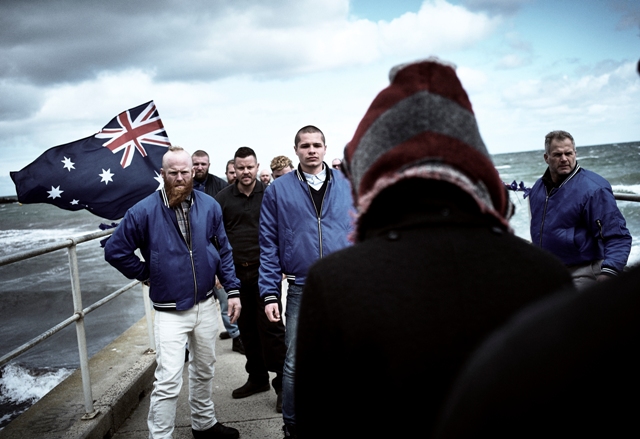 BBC Three has acquired Australian drama Romper Stomper, it was announced today. The six-part contemporary thriller was acquired from DCD Rights and will air on the channel in 2018.

Romper Stomper is a high stakes drama that follows a new generation of far right activists, the anti-fascist counterparts who intend to bring them down, and its impact on today’s multicultural society.

Damian Kavanagh, Controller, BBC Three says: “It’s a real thrill to make BBC Three Romper Stomper’s UK home. This is bold, compelling storytelling featuring some of Australia’s most renowned talent alongside an array of exceptional up and coming actors.”

Nicky Davies Williams, CEO at DCD Rights, commented, “I’m delighted to confirm this key deal for Romper Stomper in the UK, fresh from its record-breaking launch on Australian streaming service Stan. Set amid the fast-moving world of political tribes and extremes, Romper Stomper combines an atmospheric, character-driven contemporary drama with an incredibly original political thriller that approaches this complex globally relevant issue from all perspectives.”

A city’s peace stands on the brink. A new generation of white supremacists, Patriot Blue, exploit middle-class fears, their rise countered by the technologically advanced and globally connected forces of the anti-fascist movement. Between them, immigrant communities are torn between anger and confusion about their place in this world, between retaliating and keeping their heads down. Into this tinderbox falls a struck match: Kane (Wallace), a 22-year-old who arrives in the city with a secret plan and a hidden history.

A Stan Original Series, Romper Stomper is a Roadshow Rough Diamond production with production investment from Screen Australia in association with Film Victoria, and international distribution by DCD Rights.

The 6 x 60′ series is produced by John Edwards (Love My Way, The Secret Life of Us, Howzat!, Tangle, Police Rescue) and Dan Edwards and will air on BBC Three later this year.