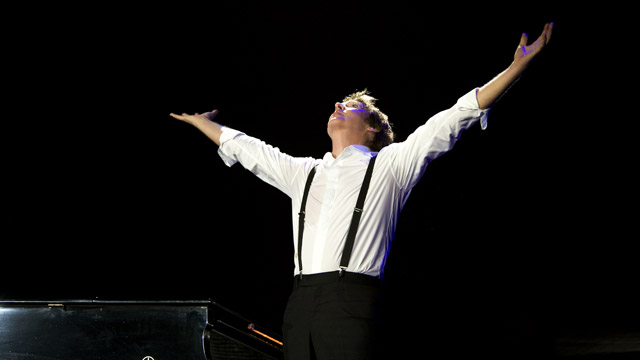 It Could Never Happen to Me (HD/1 x 60’) was picked up by ABC Australia, Ceska Televize (Czech Republic), and Viasat (Sweden). The documentary marks the 40 years since HIV/AIDS was discovered, and travels the globe looking at the reality of the disease today. While looking at human sexuality and drug use with compassion the film seeks effective ways to encourage prevention in the transmission of HIV/Aids and other Sexually Transmitted Diseases.

A Model Daughter (HD/1 x 90’) was licensed to 1TV Russia, Sky One (UK) and HBO (Eastern Europe). The one-off drama produced by Screentime PTY for Network 10 Australia, tells the true story of 24 year old model Caroline Byrne pushed to her death by her boyfriend Gordon Wood. This is the gripping story of the events that led to her death and the story of a father’s quest to find the truth.

Tourettes and Me (1 x 60’) was sold to SVT (Sweden), Danmarks Radio (Denmark), UKTV, NRK (Norway), VMM (Belgium), TV3 (Ireland), Nelonen (Finland), Yes (Israel), CBC (Canada), SBS (Netherlands), and Origo (Hungary). The acclaimed film is described by The Times as “Brilliant, moving…patiently, and without patronising its subjects, the documentary sketches the reality of living with the Tourettes condition”.

Bridezillas 8 (24 x 60’) was licensed to Sundance (Far East), Foxtel Management (Australia), and RTL (Netherlands and Luxembourg). The hit reality wedding series have achieved ratings records on US cable network WEtv in all previous season as brides-to-be who turn into matrimonial monsters while planning the wedding of their dreams.

Nicky Davies Williams, CEO, DCD Rights: “This year MIP TV has been a bustling and fruitful for DCD Rights and those sales perfectly reflect the quality that we continue to offer across various genres from the unmissable classic to the cutting edge documentary.”