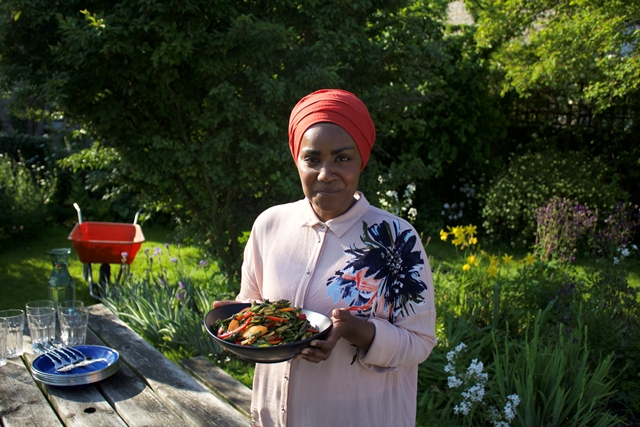 Produced by Blue Marlin Television for the UK’s ITV, James Martin’s French Adventure has notched up new sales in Europe to VRT (Belgium), Matkanalen (Norway) and 24Kitchen  (Netherlands). This adds to previously announced sales of the 20-episode series – which joins the renowned TV chef as he journeys through France to the locations that inspired his culinary career and pays homage to his culinary hero Keith Floyd – to Australia, New Zealand and Poland, as well as pan territory deals in Central Europe and Asia.

DCD Rights will debut Blue Marlin Television and James Martin’s brand new title Saturday Morning With James Martin, produced for ITV, at MIPCOM. This 26 x 60’ series sees the hugely popular chef returning to Saturday mornings with a show from his very own home, reflecting James’s love of hearty food and his other passions – the great outdoors, his beloved dogs and, of course, fast cars – as well as his attempts to create some dishes in the most difficult of circumstances…

Brand new 8 x 30’ culinary series Nadiya’s Food Adventure, which DCD Rights will debut at MIPCOM, has already been secured by Choice TV (New Zealand) and Foxtel (Australia). In this BBC Studios production for BBC Two, Nadiya Hussain travels the length and breadth of Britain to seek out all that is great about food across the country, meeting some of the culinary world’s most exciting food pioneers and passionate farmers, growers and fishermen, before heading into the kitchen to create her own delicious recipes.

Nicky Davies Williams, CEO at DCD Rights, commented, “James Martin’s French Adventure was a real stand-out hit for us when we launched the series in Cannes earlier this year, with James in attendance, so we’re delighted to see this strong interest translate into a range of international deals. Engaging and inspiring hosts are always key to successful culinary content, so we’re very pleased not only to secure the next much-anticipated series from James Martin, but also to welcome Nadiya Hussain and her relatable down-to-earth style of cookery and presentation to the DCD family.”