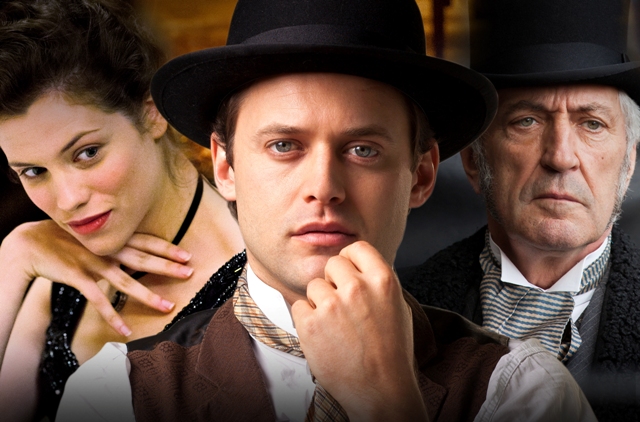 In the run up to MIPCOM 2012, international distributor DCD Rights announces the sales of multi award winning drama series The Slap to French/German broadcaster ARTE, and The Straits to the U.S. online video service Hulu.

The Slap, produced by Matchbox Pictures for ABC1 Australia, has met critical acclaim and won numerous international awards and nominations so far. The 8 part series has been an international sales success with DIRECTV, BBC Four (UK), AMC/Sundance Channel Global, Globosat, (Brazil), SVT (Sweden), NRK (Norway), YLE (Finland) and TVO (Canada) having acquired the series during the course of 2012.

The Mystery of a Hansom Cab (1 x 100’) HD – The international best-selling 1886 novel by Fergus Hume has been turned into a stunning telemovie which follows the consequences of a fateful night when two men get into a hansom cab, but only one comes out alive. Last adapted for the screen in 1926, the book often described as the first crime blockbuster. The cast includes Shane Jacobson (Time of our Lives, Jack Irish), Oliver Ackland  (The Slap, Cloudstreet), John Waters (Offspring, Sea Patrol, Underbelly), Marco Chiappi (City Homicide, MDA, After the Deluge) and Jessica de Gouw (Crownies, Underbelly). Produced by Burberry Entertainment, the film is due to premiere on ABC1 Australia later this year.

Nicky Davies Williams, CEO, DCD Rights, said: “We are delighted with the selection of new exciting drama we are bringing to MIPCOM, our valued buyers know that Australian drama means ‘quality’ and ‘international appeal’ as demonstrated again recently by The Slap and The Straits”.