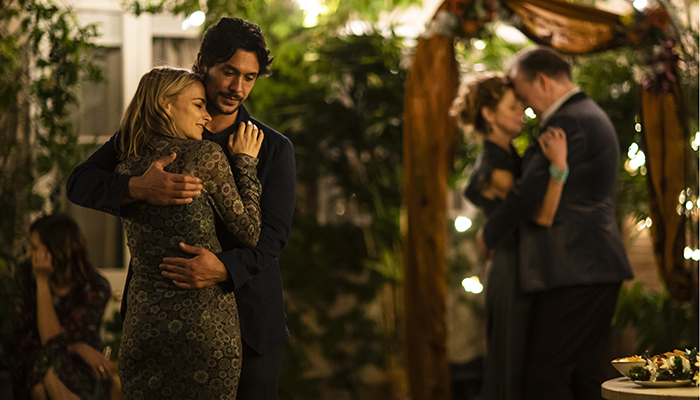 Leading UK-based distributor DCD Rights has today announced a strong line-up of pre-sales for the hotly anticipated second series of high-end drama Love Me which is currently in production, along with additional sales of series one of the Melbourne set drama.

Pre-sales for season two of Love Me include Hulu (US), Acorn TV (UK, Ireland, Spain, Portugal, Netherlands, India), Viaplay (Sweden, Norway, Denmark, Finland, Iceland, Estonia, Latvia, Lithuania, Poland and Netherlands).  Whilst Paramount+ (Italy, France, Germany) and Paramount Global across Latin America (including Brazil) and the Caribbean have acquired both seasons one and two.

Since its premiere in 2021, brand new sales have been secured for the first season of Love Me with SBS (Belgium) and Proximus, Pickx + (Belgium).  The romantic drama has already been acquired by more than 25 territories, including premium streaming service Hulu in the US which recently premiered all episodes.

Nicky Davies Williams, CEO of DCD Rights says, “The international success of Love Me is well justified as it is a cleverly written drama that resonates with us all.  Beautifully acted by an exceptional ensemble cast, it is completely relatable for viewers throughout the world.  We are delighted to have a second exceptional season to offer our clients.”

Love Me Series 2 (6 x 60’), produced by Warner Bros. International Television Australia for the Foxtel Group, and financed with support from Screen Victoria, sees the return of the Mathieson family, Glen, his daughter Clara and his son Aaron, who have picked up the pieces of their complex lives following Christine’s death and are each grappling with a new reality that poses the challenging question – is love enough?

Glen and Anita are faced with the arrival of someone from her past who will threaten their current happiness and security; Clara must come to terms with becoming a step parent to Peter’s son as well as the very real prospect that her hopes of having a family of her own may never be realised; and Aaron’s attempts to juggle fatherhood, Ella and his love for Jesse send him into a spiral of self-doubt and erratic behaviour.

Together, however, the Mathiesons will weather the storm of uncertainty as they always do, with humour, arguments, misunderstandings, champagne and of course… a deep and bonding love.