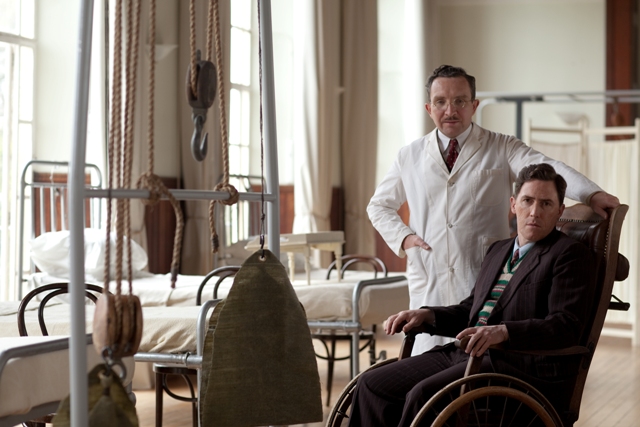 The Best of Men, BBC Two’s 1×90 telemovie charting the birth of the Paralympic Games, has won no less than three awards last night at the Royal Television Society West of England awards:

A Whitby Davison Production for BBC2 The Best of Men follows Doctor Ludwig Guttmann (Eddie Marsan) who revolutionised life for paralysed people and the transformation of care for paraplegics.

He arrives at Stoke Mandeville Hospital in 1944 and transforms the lives of his patients and staff. The patients are paralysed soldiers, written off and facing death from neglect, but their big breakthrough comes when Doctor Guttmann introduces sport into their rehabilitation.