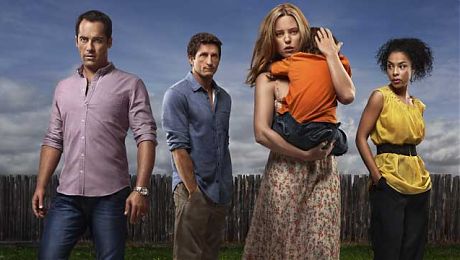 International distributor DCD Rights is thrilled to report that the eagerly anticipated 8-part drama The Slap, based on the award winning novel by Christos Tsiolkas, has achieved top ratings and critical acclaim on its premiere transmission on ABC1 Australia on Thursday night 6 October.

Hailed by the Australian press as one of the bravest, most compelling and finest dramas of the year, the first episode was the number 1 show in its timeslot across all networks.

Produced by Matchbox Pictures, the series has gathered rave press reviews and a significant twitter buzz ‘everybody should see it because everybody is going to be talking about it’ says The Sydney Morning Herald, with over 73% viewers voting that they loved the series in a poll by The Herald Sun online.

At the MIPCOM market last week The Slap gathered strong interest with Sundance announcing it had acquired rights for acquired Spain, Portugal, Far East, Eastern Europe, Greece and Turkey, and Revolver Entertainment acquiring DVD Rights for the UK, following the acquisition by the BBC for the series’ highly anticipated transmission on BBC Four later this month. More international deals are expected to be announced shortly.

Helen Bowden, Producer, Matchbox Pictures, said: “We are delighted that the first episode has been met in Australia with such excitement both by the fans of the book and by those who’ve never read it. As a story of interconnected family and friends we hope it will resonate with people everywhere and start a worldwide conversation.”

Nicky Davies Williams, CEO, DCD Rights, added: “we are very pleased that the success we had anticipated for this high quality drama is materializing and we have had huge interest from our international buyers in Cannes last week. The series has kicked off to a stellar start in Australian and we anticipate this will be repeated in the UK later this year, and around the world in the coming months”.

The Slap traces the shattering repercussions of a single event on a group of family and friends. At an Australian backyard barbeque, a man slaps a child who is not his son. The boy’s parents are so affronted by the assault that they call the police and legal action results. The Slap explores what happens when the veil of civility that binds us as a society, is rent aside by one disturbing action. It brings to vivid life questions of parenting, the rights of children, race, class, sexuality, and the different perspectives of men and women.