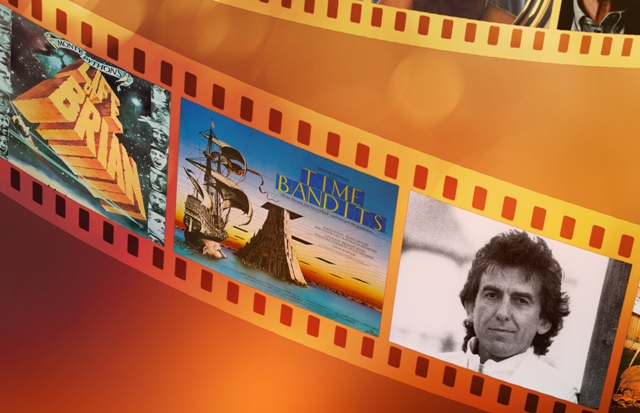 AMC announced today that it will premiere An Accidental Studio, a new documentary which charts the creation of the ground-breaking British film studio, HandMade Films on 04 May at 9pm, exclusively to BT customers.  Featuring never-before-seen interviews with the key players, the documentary captures an extraordinary moment in film history through the eyes of the filmmakers and actors as well as the man who started it all, former Beatle and music legend George Harrison. The feature-length documentary is AMC UK’s first original production and will premiere in first window on all AMC channels internationally later this year.

Coming to the rescue of Life Of Brian when the money fell at the last minute, George Harrison offered to fund the entire movie, mortgaging his house and his office to do so. As a Monty Python fan, he credited the Pythons’ humour for saving his sanity whilst he was a Beatle. Now it was his turn to pay them back. The film was a massive hit, so successful in fact that they decided to set up a company – HandMade Films.

In a rare moment in film history, HandMade dominated the British movie scene with its ethos of making and releasing maverick films that everyone else had rejected, from Life of Brian, The Long Good Friday, Time Bandits and Alan Bennett’s triple BAFTA winner, A Private Function to Withnail and I and the Oscar-nominated Mona Lisa. Harrison’s generosity in helping others fulfil their dreams, and his hands-off approach allowed filmmakers to shine in their work. As their films won awards and launched careers, HandMade became more than a happy accident. It became a celebration of integrity and collaboration.

“HandMade Films created some of Britain’s most iconic films and gave a global platform to artists who continue to have a strong impact on popular culture today,” commented Executive Producer Harold Gronenthal, EVP of Programming and Operations, AMC/Sundance TV Global. “This new documentary is AMC UK’s first original production, and we’re excited to partner with BT, Bill & Ben Productions, Propellor Films and DCD Rights to showcase the important legacy of HandMade Films with AMC’s audiences internationally.”

Co-Directors and Co-Producers for AMC Networks International are Kim Leggatt of Propellor Films and Ben Timlett and Bill Jones of Bill & Ben Productions. Executive Producers are Gronenthal, Bruce Kenyon and Nicky Davies Williams, CEO of DCD Rights.  DCD Rights distributes the film in the US and internationally outside of the AMC territories.