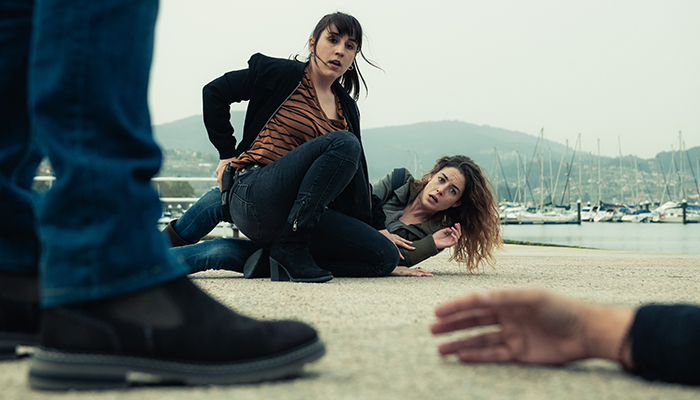 Leading UK-based distributor DCD Rights announced today in a pre-Miptv deal that the first series of the premium drama Dry Water, starring Victoria Guerra, has been acquired by IVI for its feed of 15 countries across Russia, CIS and the Baltics.

The deal was brokered by James Anderson, Sales Manager at DCD Rights. The first series of the drama was previously picked up in Spain, Portugal, Andorra and Portuguese-speaking Africa.

Nicky Davies Williams, CEO at DCD Rights, commented, “Dry Water is a prestige drama jointly created by two of the leading producers in Southern Europe with the support of their public broadcasters, along with HBO. This unique creative and financial arrangement has facilitated the production of a premium drama series which highlights the talent of the region to global viewers. As we go into Miptv we are delighted to announce further international sales of the first series and look forward to launching series two to our clients at the market.”

The second series of Dry Water (8 x 60’) sees a traumatized Teresa pick up Fran’s investigation into the Galdóns. She’s certain that Mauro, the family patriarch, has ties to arms trafficking – but how to prove it? Meanwhile, Mauro – with Lázaro’s help – desperately seeks revenge for his son’s murder, coming into further conflict with the police as a result. As each pursuit comes to a head in the present, Teresa unexpectedly finds herself digging deeper into the past, and a moment that ties Mauro and Lázaro to the death of her father, Joâo.