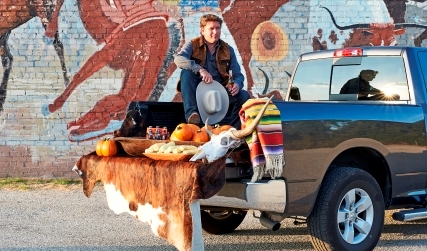 The action-packed, sun-soaked, food-fuelled road trip premiered on ITV on Monday 12th February and has been sold to Asia in a pan-regional deal (BBC Lifestyle) as well as Australia (Foxtel), New Zealand (Choice TV), Poland (ITI Neovision – TV Kuchnia), and Hungary, Czech Republic, Slovakia, Romania and Moldova (AMC Networks International – Central and Northern Europe). The show has also been acquired for DVD and Digital Download by Dazzler Media in the UK and Eire.

Nicky Davies Williams, CEO at DCD Rights, said, “Following the success of James Martin’s French Adventure I had no doubt that the second leg of his journey, crossing the US from LA to New York, would fly off the shelf. In this series, James not only shares some incredible cuisine with us, but also his infectiously adventurous nature as we see him ticking experiences off his bucket list in a once-in-a-lifetime road trip. Great talent is what cuts through in this day of huge choice for the consumer and I am pleased to once again represent such a sought after expert in his field.”

Saturday Morning With James Martin (26 x 60’), the weekend show in which James hosts and cooks for guests in his own home, has sold to Australia (Foxtel).