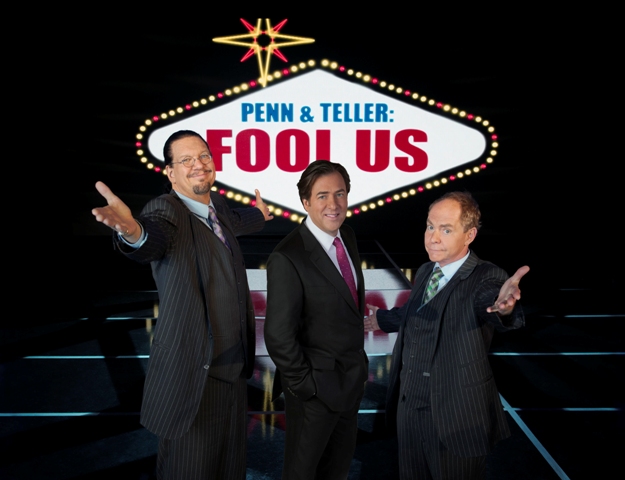 Independent UK based distributor DCD Rights has secured a host of new international acquisitions for Penn & Teller: Fool Us in Vegas, as the peak time entertainment extravaganza achieves landmark ratings for The CW in the US, recently drawing the channel’s largest Monday night audience in nearly six years.

Commissioned by The CW and produced by 117 Productions and September Films, the 13 x 60’ Penn & Teller: Fool Us in Vegas has been picked up by ABC in Australia, Channel 5 in the UK, Viacom in India and Choice TV in New Zealand. This adds to the previously announced pan regional deal with NBCUniversal International Television for Universal Channel in Asia.

Already recommissioned for a further series, this original and daring TV magic show, starring the world famous magic double act Penn & Teller, is hosted by Jonathan Ross and filmed at the Penn & Teller Theater at the Rio Hotel in Las Vegas.

Nicky Davies Williams, CEO at DCD Rights, commented, “We’re very pleased to announce this first round of deals in these important international territories for Penn & Teller: Fool Us in Vegas. There is a strong appetite in the global market for magic content, and this series is a great blend of magic, comedy and competition, showcasing Penn & Teller’s uniquely entertaining style. The fantastic ratings achieved in the US will be a huge asset as we showcase the series at MIPCOM, allowing us to offer our clients a proven success for their primetime schedules.”

The spectacular Penn & Teller: Fool Us in Vegas throws down the gauntlet to every magician in the US and from around the world to perform their most mystifying tricks to fool Penn & Teller. Each episode features four magicians ranging from the most skilful to the most hilarious who will test the magical insight of the world famous duo – can they work out how the trick was performed?