Jimi Hendrix: Electric Church premieres exclusively on Showtime in the US 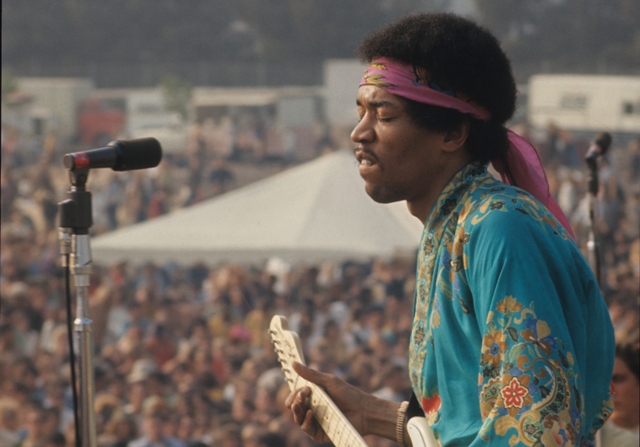 Jimi Hendrix: Electric Church premiered exclusively on Showtime in the US last week and marked the 45th anniversary of his passing. Produced by Experience Hendrix, the film features explosive, never-before-seen footage of one of the world’s greatest rock musicians as well as interviews with Hendrix’s Experience band mates Billy Cox and the late Mitch Mitchell as well as Paul McCartney, Steve Winwood, Rich Robinson of the Black Crows, and Metallica’s Kirk Hammett.

Hotly anticipated by music fans around the world, the film spotlights Hendrix’s legendary 1970 performance to more than half a million people as the headline act of the Second Atlanta International Pop Festival, hailed then as the ‘Southern Woodstock’ and now recognised as the last great US Rock Festival. Featuring signature hits such as ‘Star Spangled Banner’ and ‘Purple Haze’, the documentary also establishes the significance of the massive festival which stood as the largest counter culture gathering in Middle America, and features interviews with Hendrix himself alongside artists such as Leslie West and Gregg Allman who also performed.

Co-producer and Hendrix’s sister, Janie Hendrix, comments, “This film shows the artistry and passion that filled every one of Jimi’s performances.  The Atlanta Pop Festival was a colossal and magical experience and I know his original fans, as well as the many new fans who are just discovering his huge talent, will want to witness this unique event.”

Nicky Davies Williams, CEO of DCD Rights, adds, “This outstanding performance, combined with exclusive footage and interviews, offers an opportunity for broadcasters across all platforms to bring a once-in-a-lifetime event to their viewers; creating real, must-see programming that appeals to a wide global audience.”